Today, July 13th, Metal Gear was released for the MSX2 computer in Japan and Europe all the way back in 1987. Since then, the franchise has received numerous sequels and spin-offs. In the process, it has influenced generations of video games along the way.

You’ve given gamers and game developers so much. Thank you Hideo Kojima.

This site is about acknowledging and remembering where the roots of gaming came from. Along the way, there were certain innovations, perks and characteristics that have either faded away or blended into the current generations of consoles. Back when these gaming extras were present, they could often be ideal to the game or system. Here are some those that either don’t exist anymore, or just have their place in some other technological fashion.

When Ridge Racer on PlayStation gave you the ability to play your own CDs during a race… let me tell you, this was a game changer. Sure, it sounds like a novelty to be able to do, but that novelty grew to a really cool perk to look forward too, but not just in racing games, but especially racing games! The original Xbox came fully functional with a harddrive, ready to download tracks from any audio CD you put in it. From there, it could inject those tracks in to compatible games, like Project Gotham Racing 2. I cannot tell you how many playlists I crafted or CDs I burned for specific games that used this functionality. Eventually, this would become a standard for other consoles in the generation past the Xbox one form or another.

2. The hard to find glitches and bugs

Glitches that happened because of hours of experimentation, or even better, by accident. Like the Mega Man pause glitch or the infamous and numerous MissingNo. bugs. Large amounts of QA testing can catch most problems in a game, but when a game has one print run on a cartridge with no possibility of a patch, someone in the public is bound to break it, and those are often the oddest legacies a game can leave behind.

While this is big in the retro scene now: adding more compatible or better outputting visual signals to an older console… there were times when having a modded console was pretty awesome. Region-locked consoles where particularly susceptible to the temptation of those wanting to play games outside of their console’s region. Modding your console was an answer for a select few. Sure, there were other nefarious reasons to mod your console outside of breaking the region lock… nowadays it’s less about modding the hardware and more about breaking the firmware on consoles.

Remember Starcraft: Ghost? How about Project Overkill? You may not, but these were games that almost came out, or were cancelled during development. Now known as vaporware, some of these games eventually saw the light of day in one form or another. It was always cool reading up on the progress of development of games yet to be released in magazines and now in retrospect, a lot of them never made it or morphed into something completely different.

5. Near perfect games upon release 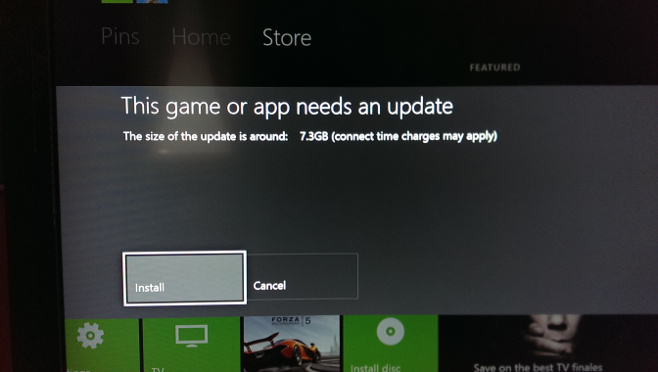 It is actually kind of annoying to hear people say that games where better “back in my day.” And an argument that stems from that sentiment is that games didn’t need patches when you first start up the game. Day one patches normally do help a game on launch day. Not having to worry about a download is not something I necessarily miss, but there was something magical about slamming a cartridge into your system for the first time. You didn’t have to worry about the game freezing your system, save-eating bugs, or whether or not you had enough storage space to run the damn thing. Among other things that can go wrong with a games these days, patches and hot fixes weren’t one of them. Gaming was easier and simpler, “things just worked.”

Earthbound for the Super Nintendo is among a handful of games that still remains fond in the hearts and minds of many. There is a lot of history behind it and the other games in the series (Mother). Aside from all that, please enjoy this tribute from http://projectpkflash.tumblr.com/ !

I always keep the packaging from a game and its contents (manual, map, inserts etc.)… Whenever I walk into my local game store I see plenty of games without their home: a jewel case or cardboard box.

The thought of it is quite disheartening for a collector and fan of old school games. When I was younger, my father would always tell me to keep the instructions and box for anything I bought, even if it was something as simple as an alarm clock. That same principle applies to games new and old. Games these days don’t really come with that much besides a little DLC redemption slip inside the box. It’s a step to be environmentally sound and a sign that game distributors are ready for consoles to embrace digital distribution.

Even the last generation still had manuals that spanned over 20 pages and other inserts stuffed into them. Games before this digital age we play in now were meant to be kept with their instructions and in their original packaging. So again, I have to the fathom the idea of why these games might be found in a store without a box and manual.

Before the game is sold back to the retailer in its “naked” condition, what did the game go through to deserve such treatment? Did the dog eat it? But, being realistic, it is probably more of a personal preference. Keep the box or ditch it?

The older a game gets, the more value it will fetch the closer it is to its original state. Take care of your game and not just because of the price aspect. Take care of it because somebody down the line will appreciate it when it comes with the box and manual.

This list is in no particular order and is purely based upon my own experiences. The majority of my choices were picked for their storytelling. This generation of gaming has been more interactive than ever before, letting the player delve into worlds we could only dream of as well as making hard and taxing moral choices.

Rockstar surprised gamers in many ways. Red Dead Redemption took the open world sandbox gameplay from Grand Theft Auto and dropped it into the Wild West. Combined with a polished gaming experience, we were introduced to a main character that not only had purpose but, a likable relation that’s hard to pull off. Multiplayer was also included in RDR and it definitely doesn’t feel shoehorned. And let’s not forget its awesome DLC: Undead Nightmare.

Rarely do puzzle games catch my eye but, anything from Valve is worth a look. Blending innovative first person puzzle solving with the unique portal gun and “in the moment” storytelling, there is no way to ignore this game as one of the best of its generation. At the start, things seem normal however, from the lack of human employees, the writings on the wall, GLaDOS’s glitchy voice and progressively dilapidating rooms, it’s easy to see that not everything is right within the Aperture Science facility.

Born from RPG mechanics and taking a more action oriented approach for the sequel, this is the best game out of the Mass Effect trilogy. Starring your “Shepard” from the first game, you must guide him or her through even tougher choices with even higher stakes. The characters are deep, the scenarios are bigger and weapons and powers really make a boom here. It’s a memorable experience and the things you accomplish (or don’t) really have a lasting impact. You tell the story in Mass Effect and the second entry makes sure you won’t forget your actions.

Once again, the sequel is the strongest. Nathan Drake blasts away countless bad guys while trying to hunt for the ultimate treasure. It sounds mindless but, UC2 is not to be missed. Naughty Dog programmed solid shooting and multiplayer making for an impressive improvement over the first installment. But what about the story? Oh yeah … there’s that! It feels like an Indiana Jones movie of epic proportions laced with adrenaline pumping set pieces. Not only that, great characters are introduced and developed through spot on voice acting. In UC2, it’s truly about what the game puts you through.

As you’ve probably already seen, this PSN exclusive has topped several lists already. Though it is short, the title lives up to its name. You will indeed be taking a journey through several landscapes, experiencing numerous graphical wonders and scenarios unlike any other game you will play. It includes an incognito cooperative experience, meaning that you will be joined randomly with another player who bears no name! You won’t find out who the passengers are on your quest until the end making yet another aspect of Journey something you need to experience rather than just read about.